Listening to Music in Cars While Black: Popular Music, Automobility, and the Murder of Jordan Davis

Listening to Music in Cars While Black: Popular Music, Automobility, and the Murder of Jordan Davis

In this chapter, I argue that the intersection of automobiles and popular music should be understood as deeply entrenched in US America’s history of white supremacist violence. Specifically, the discourses surrounding Black teenager Jordan Davis’s murder at the hands of white vigilante Michael Dunn demonstrates harmful everyday white American logics that position the ‘open road’ as white public space. Within this space, hip-hop music is audible only through a lens of criminality and positioned as oppositional to Black middle-class respectability. Together, these three socio-spatial logics, of the white open road, the ‘thug’ space of rap, and the ‘polite society’ of a gun-saturated culture, work to frame the contemporary musical space of the automobile as violent and unfriendly to Black travelers, thereby connecting contemporary US American culture with the supposedly vestigial violence of Jim Crow. As a result, I argue that within US American history the technologies of cars and music cannot be understood as separate from racist logics of white supremacy. 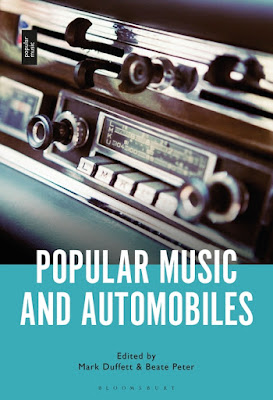