This article combines a sound studies perspective with a television industry approach by placing interview data from prominent television music supervisors in conversation with textual analysis of their projects. Using interview and textual data from cathartic moments in television dramas like Six Feet Under, Nip/Tuck, and Breaking Bad, I argue that the structural logics of subordination in the American television industry contribute to an imagocentric culture. Specifically, the music supervisors I interviewed emphasised music’s separation from and subordination to television’s storytelling function and believed that artful music design should use music as a “flavour” or “texture”, offering synaesthesia as a way of bypassing the discussion of sound as a constitutive element in the narrative resolution. Finally, the supervisors foregrounded financial constraints as a primary influence on their creative labour, using licensing discussions to decentralise the creative contributions of music in the television narrative. Themes of subordination, synaesthesia, and financial constraint worked together to decentralise the importance of music to the creative professionals responsible for this work. By putting music supervisors’ perspectives in conversation with textual analysis of their projects, this article demonstrates the disconnection between music’s crucial role in shaping television messages and the devaluing of sound in the television landscape. 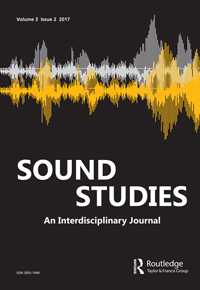