“She made angry Black woman something that people would want to be”: Lemonade and Black women as audiences and subjects

“She made angry Black woman something that people would want to be”: Lemonade and Black women as audiences and subjects

Based on interviews with 35 audience members, this essay argues that audiences used Beyoncé’s hour-long visual album, Lemonade, as a Two-Way Mirror to understand racial and gendered identities through the lenses of social movements, identity politics, and relationality. Our findings support Sandvoss (2005) and other audience scholars in that the Black women we interviewed used the album’s emphasis on Black femininity as a ‘mirror’ that uplifted their own racial and gendered identities. White and male audiences, on the other hand, used the album less for fashioning their own sense of self, instead using Lemonade as a lens to gaze into a realm of Black femininity as presented by Beyoncé, a Black woman herself. While in some cases, this perspective drove White and male participants’ empathy and support of the Black women’s experiences represented in the album, their understandings also risked one-dimensionality. 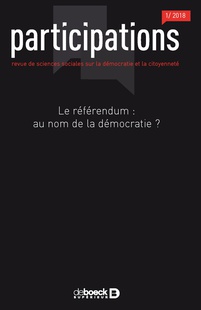