“She invited other people to that space”: Social justice and place in Beyoncé’s Lemonade fan communities

“She invited other people to that space”: Social justice and place in Beyoncé’s Lemonade fan communities

We argue that place offers an effective framework for connecting popular culture with social justice narratives by exploring audience interpretations of Lemonade in 2016’s tumultuous racial climate. Working from interviews with 35 of Lemonade’s listeners/viewers regarding their understanding of the album, we argue that audience members used Lemonade to plot spaces of racial pride, community, and equality. Supporting previous audience studies’ findings, Beyoncé’s audiences engaged actively with the text and explored the complex symbolism through interpretive communities, but the audiences we spoke with also transcended these spaces. Using Lemonade as a tool to understand and reimagine historical social movements, audiences deployed the album to cultivate an anti-racist habitus in attempts to make their worlds more just. 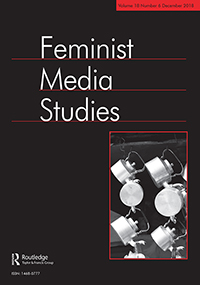