This article offers a contextual perspective on the rhetorical mechanisms of victim blaming in public sphere discourses. By supplementing Burke's dramatistic rhetorical analysis with critical race theory, I trace the changing popular press conversation from Chris Brown's 2009 assault on Rihanna through coverage of their relationship in 2012. In doing so, I identify both the racial undertones of reductionist interpretations of R&B culture and the shift from supporting to blaming the victim. The popular press contextualized Brown's attack and the subsequent events through a racially stereotypical discussion of Brown and Rihanna's R&B performances. Though initially this press framing emphasized Brown's guilt, Rihanna's career advancements eventually recontextualized her performance as a manipulation of Brown, conjuring historical imagery of the racist Jezebel archetype. By examining this transformation, this article aims to intervene into both popular press constructions of victim as agent and racially reductionist interpretations of the R&B genre and its performers. 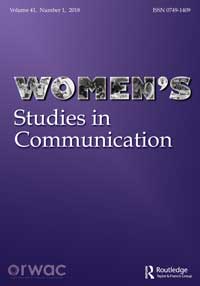