“Not just the levees broke”: Jazz vernacular and the rhetoric of the dispossessed in Spike Lee’s When the Levees Broke

“Not just the levees broke”: Jazz vernacular and the rhetoric of the dispossessed in Spike Lee’s When the Levees Broke

This essay proposes the notion of the “jazz vernacular” as a tool specific to the Creole culture in New Orleans for understanding racial discourses of disposability both geographically and historically. We argue that the jazz vernacular is a discourse structured by musical repertoire. The jazz vernacular provides a channel for the historical pain of the black diaspora by playing in the background, both literally and figuratively, of communication in and about New Orleans. This essay considers Spike Lee's documentary When The Levees Broke to understand how the jazz vernacular frames hurricane Katrina as well as how it frames Lee's film as an intervention into “neoliberal” racial discourses. We argue that Lee's film utilizes the jazz vernacular as a metadiscourse to reinforce the ways in which residents used jazz to restructure cultural memory around the rhetoric of the dispossessed in New Orleans after Katrina. When the Levees Broke uses testimonials and affective communication to structure the narrative of Katrina through elements of the jazz vernacular like: displacement, embodiment, brashness, and improvisation to connect contemporary Creole New Orleanians to a long history of structural oppression and violence. By harnessing performative elements, Lee's film performs a jazz intervention into neoliberal discourses about freedom, defense, safety, and heroism that contrasts these discourses with the despair and the resistance of black America. Consequently, Lee's use of the jazz vernacular relies on native musical culture to recontextualize what neoliberalism had erased. 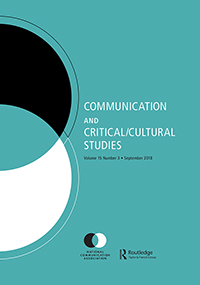